COVID-19 PandemicRead about how Ursuline is preparing for fall semester. 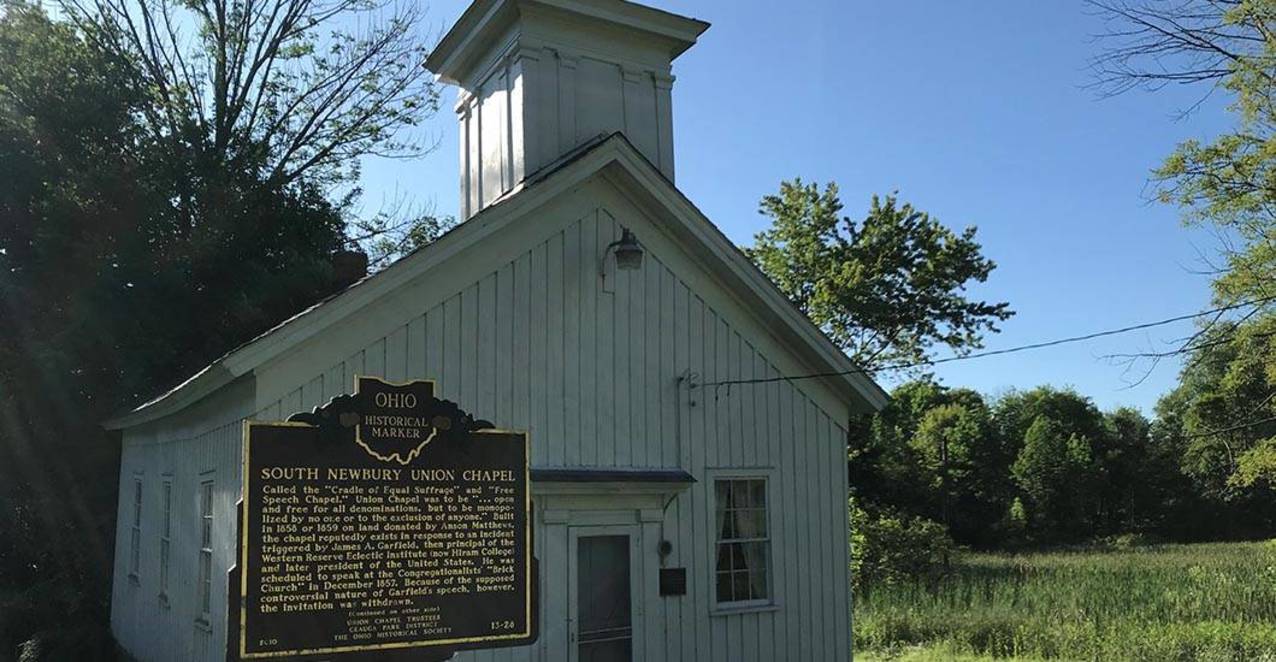 Ursuline College, the state’s first Catholic women’s college and the only remaining women-focused college in Ohio, will host the Ohio History Connection’s traveling exhibition on the centennial of women’s suffrage from October through November 2019.

Titled Ohio Women Vote: 100 Years of Change, the exhibition includes 12 banners of text and images that examine and celebrate the path taken by Ohio women to achieve the right to vote 100 years ago. The collection also explores the history of civic action led by a diverse spectrum of Ohio women throughout American history.

Ohio Women Vote: 100 Years of Change is presented by the Ohio History Connection and has been made possible with generous support by Ohio Humanities, a state affiliate of the National Endowment for the Humanities. The exhibit will be on view at a limited number of sites across Ohio in the year ahead.

“I applied for Ursuline College to be a host of this exhibition as soon as I learned about it and I am delighted that we will be the first host site in Northeast Ohio,” said Bari Oyler Stith, PhD, director of Ursuline’s Historic Preservation program. “With our focus on women’s empowerment, our students have a keen interest in the movement for women’s suffrage.

“Our Historic Preservation students study the abundance of Ohioan’s activities in women’s suffrage as compared to the scarcity of marked women’s suffrage sites on our physical landscape. We hope that the suffrage celebration over the coming months will spur increased physical designation of sites to visually remind future generations of the importance of our right to vote and the 72-year-long fight undertaken by countless Americans to achieve it for women.”

Stith said the College will augment the Ohio Women Vote exhibit with speakers, films, a voter registration drive, and a field trip to a local historic site that was a “hotbed” of suffragist activism. Ursuline College’s fashion program will also exhibit items from its 4,000-piece Historic Costume Study Collection. The College will announce public viewing times and related events when they are finalized.

On June 4, 1919, the U.S. Senate passed the Nineteenth Amendment, originally drafted by Susan B. Anthony and first introduced in 1878. It was sent to the states for ratification. Ohio was the sixth state to ratify, doing so on June 16, 1919. On August 26, 1920, U.S. Secretary of State Bainbridge Colby signed the Nineteenth Amendment into law, granting women the right to vote.

Above: South Newbury Union Chapel, a Geauga County site listed on the National Register of Historic Places, stands as a testament and reminder of the extensive grassroots community efforts involved in the fight for women’s suffrage, both statewide and nationwide. The research and writing of the National Register nomination was an Ursuline College Historic Preservation project in partnership with the Geauga Park District and Union Chapel Trustees.

Fall Plan: A Look at Academics

Nurses at the Forefront of Health Policy- Lessons from a Legislator