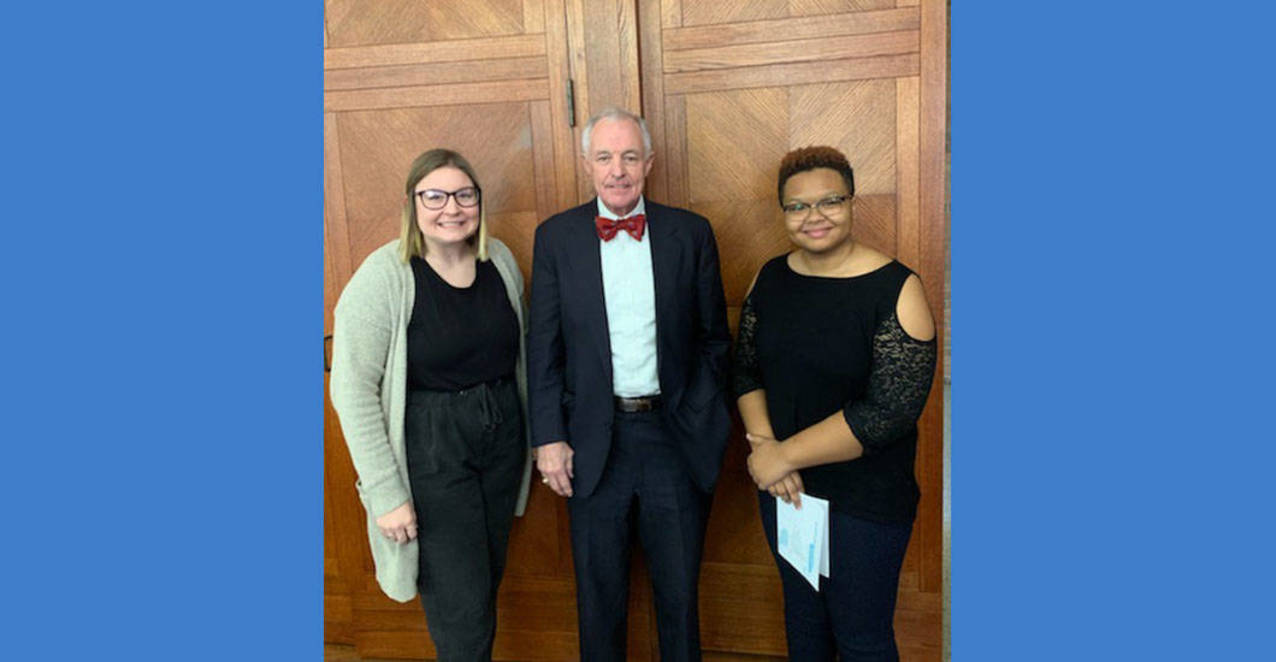 Two sophomores are the first recipients of Ursuline College's new Emerging Leader Spirit Award. Rebekah Hardy and Kaitlin Roemer received this new award established by the Division of Student Affairs in recognition of their initiative, motivation and potential for continued student leadership.

The award is open to first- or second-year undergraduates in the traditional program.

Hardy is a sophomore psychology, education and history major from Sheffield Village, Ohio. She is a leader in the Dorothy Kazel Club, named for the Ursuline sister martyred in El Salvador, the group works to promote peace and justice. Hardy also works with Women’s Watch, the College's annual commemoration of victims of violence, and the Title IX office. She is the secretary for UPAW—Ursuline People for Animal Welfare. Last spring Hardy interned with Equality Ohio.

Roemer is a sophomore nursing major from Grafton, Ohio. She started College in Ursuline's STEPP-UP pre-nursing program and is now a tutor for students in chemistry and psychology. She is a resident assistant, and public relations chair for Programming Board. Roemer became involved in the campus group Women’s Circle after taking the course, Identity, Diversity, and Community, and learning about gender equality and the fight for women’s rights.

Above: Kaitlin Roemer (left) and Rebekah Hardy with Jack Newman, chair of Ursuline's Board of Trustees. The students led the Board in prayer at the start of its Dec. 12 meeting