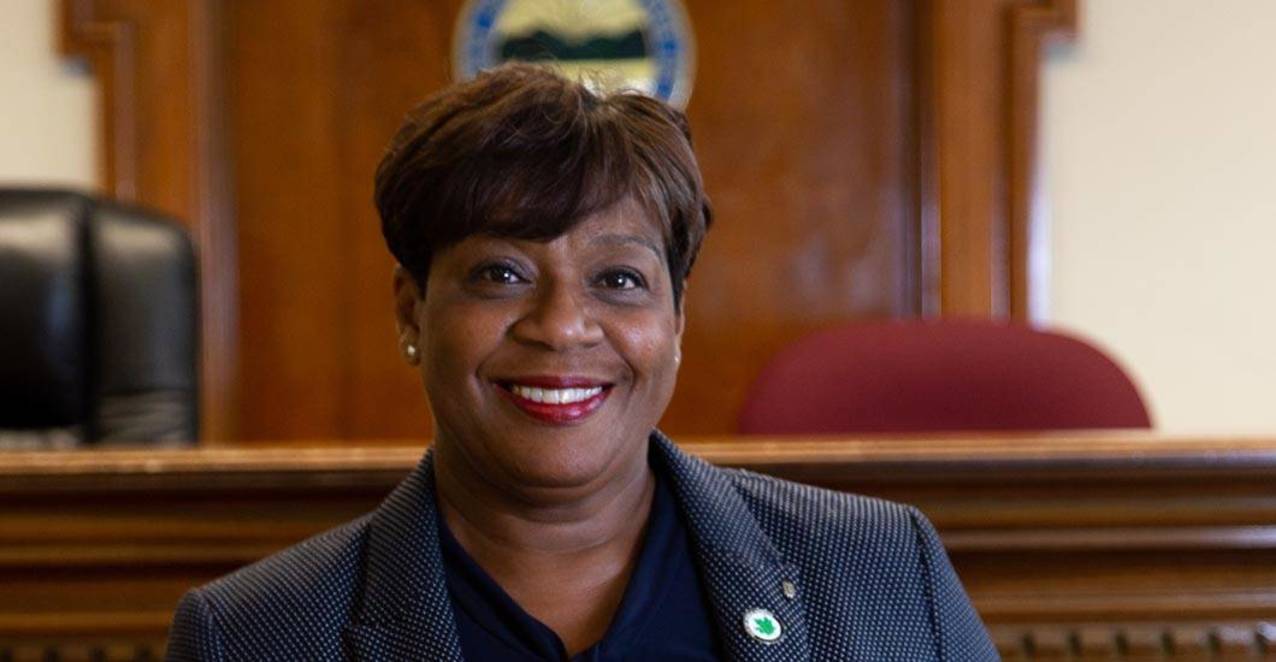 Maple Heights, Ohio, Mayor Annette Blackwell will be the 2020 Commencement speaker for Ursuline College on May 15 at Cleveland Public Auditorium, the College has announced.

Blackwell, the first woman and the first African American to serve as mayor in the 100-year history of the southeast Cleveland suburb, is a 2019 Ursuline graduate.

“It is an extremely high honor to receive the invitation to be the college’s 2020 commencement speaker and very personal,” Blackwell said. “While at Ursuline, I was able to complete my degree in a nurturing, warm, supportive, special and forgiving environment. For the first time during my times in college, I always felt motivated, certain, inspired, focused and invincible.”

Ursuline President Sister Christine De Vinne, OSU, PhD, said she is grateful that Blackwell has agreed to speak. “Mayor Blackwell represents the best of Ursuline College, with her commitment to professionalism, civic engagement, and servant leadership. I know her words will inspire this year’s graduating students.”

Blackwell earned a bachelor of arts degree in public relations and corporate communications at Ursuline. Upon graduation, she received Ursuline’s Sister Diana Stano, OSU, PhD, Award for Excellence in Academics, Leadership and Service. The award was named for Ursuline’s 16th president.

Prior to her election to mayor, Blackwell worked at KeyBank in installment lending and University Hospitals of Cleveland as an administrative coordinator. When she won the election, she ended her 16 years as a senior commercial property tax analyst and co-leader of the Black Employee Network at Deloitte and Ryan Global Tax Services, where she was also a U.S.- India liaison.

Blackwell is the director of safety and acts as the chief conservator of the peace of the City of Maple Heights. She serves on the executive boards of the Cuyahoga County Mayors & City Managers Association and First Suburbs Consortium. She is chair of the Northeast Ohio Areawide Coordinating Agency’s policy committee, and an appointed member on the executive committee of the Cuyahoga County Democratic Party. With the Maple Heights City Schools Superintendent, she serves as a member of the First Ring Schools Superintendents and Mayors Collaborative. She was recently elected secretary for the Regional Income Tax Agency, Regional Council of Governments, and is a member of the Suburban Water Council of Governments.

During her time in office, she has received numerous awards including:

Blackwell is an alumna of the Cleveland Leadership Center’s Civic Leadership Institute. She and her husband, Alonzo Blackwell, own an event and multipurpose center in Maple Heights and serve as Deaconess and Deacon at their church.