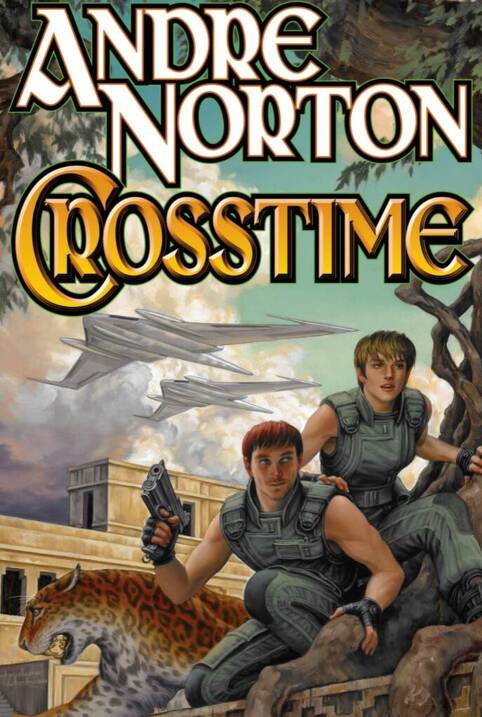 Ursuline College and Lake Erie College are co-sponsoring a virtual two-part science fiction writing workshop exploring the works of the late Cleveland writer Andre (nee Alice) Norton. The sessions take place on two consecutive Mondays, October 25 and November 1, both from 7:00-9:00 p.m. via Zoom. Attendence at both sessions is encouraged. The workshop is free and open to the public with registration required.

Wildly popular in her day, Norton (1912-2005) sold millions of copies of her young adult science fiction and fantasy books, which were translated into at least nine languages. She was born Mary Alice Norton but found success writing under the name Andre Norton. Norton is one of 60 important figures from the region's past that Cleveland Arts Prize will be honoring over the next 12 months, in partnership with the Cleveland Historical Society, and with the imaginative collaboration of area institutions, in a special project it has named Celebrating Our Past Masters.

Both sessions of the sci fi writing workshop will be facilitated by science fiction writer Marie Vibbert. The Oct. 25 session will open with a brief presentation on Norton's work, focusing on passages that illustrate key topics. Participants will discuss craft details from those passages and the role of science fiction in encouraging difficult conversations surrounding, for example, gender roles. Participants will then tackle two writing exercises intended to help generate story ideas and plot structure.

The Nov. 1 session will open with participants sharing something they wrote, followed by a discussion of craft. Participants will be tasked with coming up with questions the passages raise, to enhance the exploration of invention and social issues.

Registration is open to the public, with spots reserved for Ursuline College and Lake Erie College students available on a first-come, first-served basis.

Vibbert has sold over 70 science fiction short stories to magazines such as Analog, Fantasy & Science Fiction, Nature, and Vice. Her work has been translated into French, Vietnamese, and Chinese. Her debut novel, Galactic Hellcats, was published in March by Vernacular Books.

In celebration of its 60th anniversary in 2020, Cleveland Arts Prize began spotlighting “60 great writers, artists, composers, architects and designers, as well as memorable figures of stage and screen doing remarkable things here well before there was a Cleveland Arts Prize … extraordinary individuals who contributed so notably to the region’s—and larger world’s—culture.”