Ursuline College dedicated its two new buildings on June 26, 2015. The event started with the unveiling of the name of the new athletic center, which was proudly announced as the Sister Diana Stano Athletic Center. Sister Diana said that while she... more

We interviewed two of our recent graduates, Marissa Nalani Dean and Julie Shuman, because they scored in the 99 percentile of all students that took the Major Field Test for Psychology. We wanted to know what they did to prepare for the test, and... more

Geralyn M. Presti, the general counsel, executive vice president, and secretary for Forest City Enterprises, Inc., will deliver the commencement address for Ursuline College on May 15, at the Wolstein Center at 7:00 pm. The College will be... more 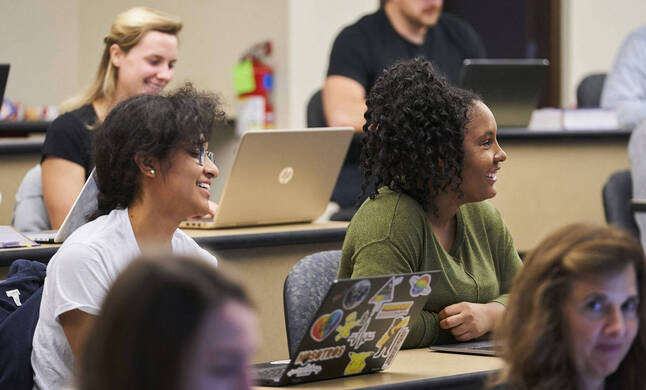 Returning to College as an Adult Virtual Event